>>>> LuminAria is a light art/design exhibition that illuminates the historic center of Naples with an open-air exhibition of public art. Site-specific works, including installations, performances, shows and projections in the sign of enchantment and amazement are an invitation to look at the city head-on. The event is curated by Simona Perchiazzi and Comune di Napoli. <<<<

2008. MIRACLE IN NAPLES is a site-specific installation built in 2008 in the streets of the historic center of Naples. The installation displays a sequence of white umbrellas at different heights, among which only a red one stands out. The project reflects on the meaning of going and coming back and on the uncertainty that characterizes contemporary lives. Location: Via San Sebastiano, Naples.
2009. ANDANTE ALLEGRO ASSAI tells of a journey, a cyclical flow, where much indicates a measure, excessive, typically used in classical music. The site specific intervention of 2009 uses the architectural scale as a geometric and sound grid on which to tell a story: the scale of the do corresponds to each line of the pentagram a step. The flight of swallows swooping in the park composes a music and then returns to move with the wind. Location: Rampe Brancaccio, via dei Mille, Naples. 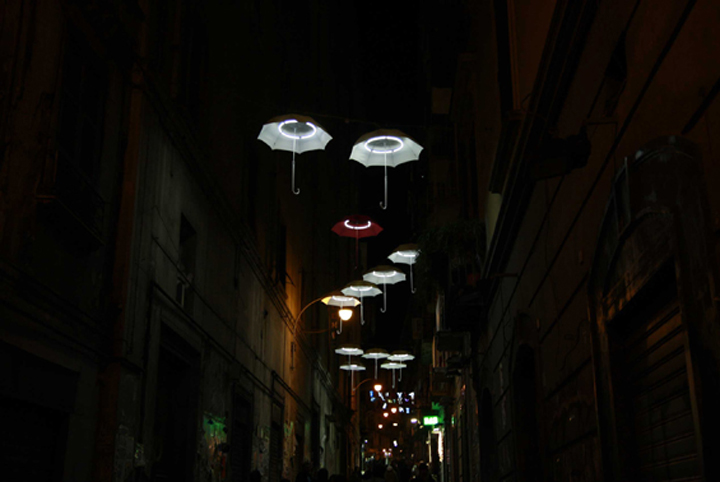 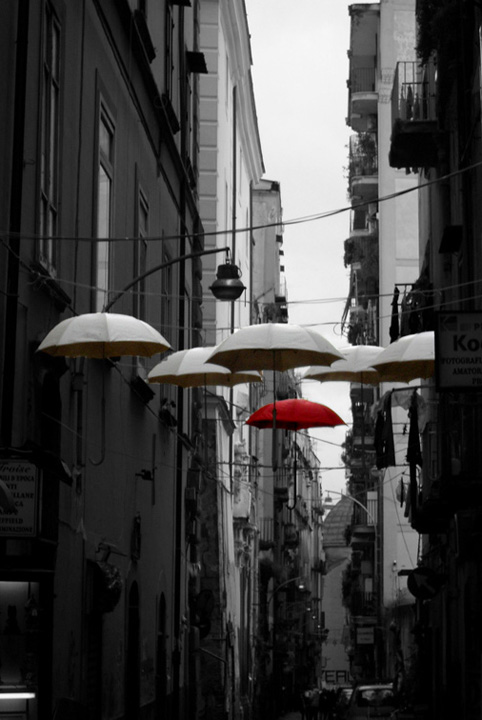 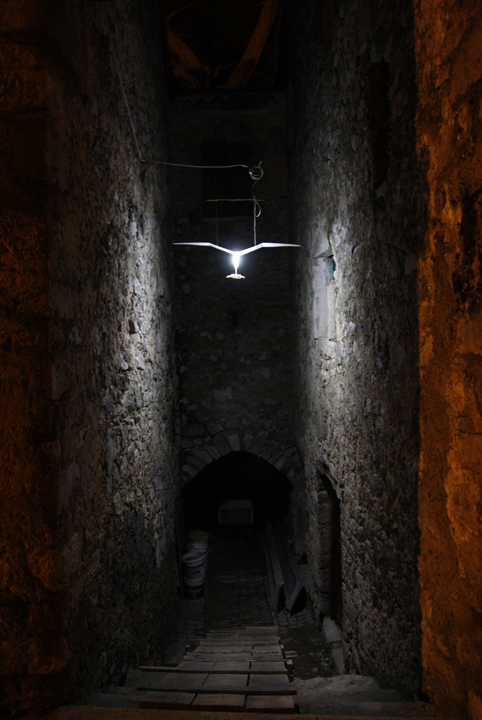 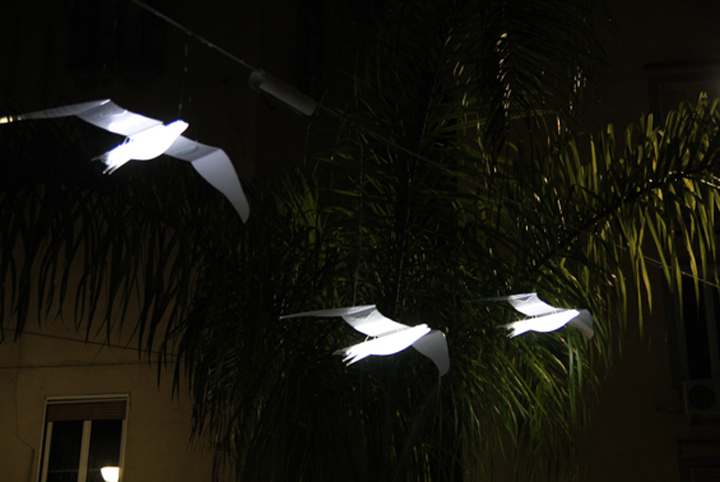